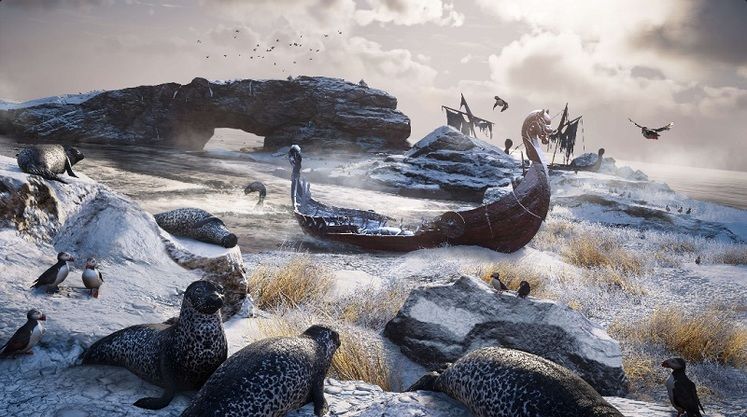 Every Viking loves shiny loot and knowing where to find all the Assassin’s Creed Valhalla Ledecestrescire Wealth locations helps with bolstering Eivor’s efforts across England.

The Ledecestrescire Wealth locations in AC Valhalla are spread all across the region and quite numerous. This is why it’s best to mix looking for them with completing quests and other activities.

But regardless if you’re taking it slowly, aiming to quickly clear out the map or just looking for that final item that’s eluded you thus far, we’re here to help. 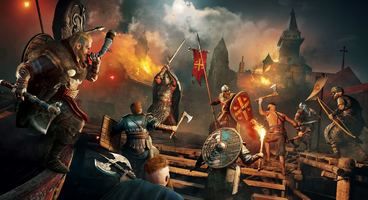 Just west of Ravensthorpe waits Alcestre Monastery. This is the place where raiding – a new activity in AC Valhalla – will be introduced to you, while also letting you easily pick up two pieces of Cargo.

South of Alcestre Monastery, in a bandit camp, you’ll bump into a Murderer. Once killed, he drops a Carbon Ingot for you to loot.

Raiding Sudwella Monastery to the northeast also yields three pieces of Cargo. One is found in the mill found to the south.

The north Cargo item waits inside the monastery, while the Cargo to the east is in a building whose entrance is blocked by a breakable wall you need to blow up using an oil jar.

During the same raid, you can loot a Carbon Ingot after killing a Yeoman enemy.

Outside of the raid, heading northeast from the monastery will eventually lead you to a bandit camp with a Goliath in it. Defeat this enemy for another Carbon Ingot.

Northwest of Sudwella Monastery, over the bridge, you’ll end up at another bandit camp. Kill the Murderer inside for yet another Carbon Ingot.

Another Assassin’s Creed Valhalla Ledecestrescire Wealth location can be found in the region’s northwestern corner, southwest of Repton. Kill the Goliath inside the bandit camp on the hill for another Carbon Ingot.

Inside Tonnastadir, you’ll find both the Huntsman’s Helm and the Raven Distraction Book of Knowledge. We’ve detailed how to get both in a dedicated guide.

South of Tonnasdatir, in the town of Cweornric, a Skirmisher waits inside the mill. You’ll spot the building by looking for a water wheel. Kill the Skirmisher for another Carbon Ingot.

The Book of Knowledge that teaches Eivor the very useful Harpoon Impalement ability can also be picked up here. In the southwestern portion, look for a small hole in the ground with a ladder sticking out.

Your raven can help find it. Follow the path, break through the wooden wall, drop into the water, blow up the breakable wall using an oil jar, and grab the ability.

North of the Venonis Fast Travel Point, in the Roman ruins, you’ll spot a slab of rock on a wooden platform hanging above a breakable portion of floor. Shoot the pulley using your bow, then drop down into the newly created hole.

Move the wooden structure housing multiple rocks, and pick up another Carbon Ingot from the chest in the next room.

Another Assassin’s Creed Valhalla Ledecestrescire Wealth location is the Glen Ford Camp. From Ledecestre, take the river south and look for it on the opposite shore.

In a tent found in its southern portion, you’ll find another Carbon Ingot which you can use to upgrade your gear.

Offchurch also houses several locations you’ll need to visit if you’re looking to grab all the Assassin’s Creed Valhalla Ledecestrescire Wealth. Check out our dedicated guide for more on them.

It’d be a bit strange for Ledecestre itself to not have any worthwhile loot but, luckily, that’s not the case. You can find the Hidden Ones’ Gloves inside their Bureau below the city.

The second piece of Wealth waits inside the Ledecestre church. Handily enough, the city’s Fast Travel point is found just on top of it. Regardless of your method to get there, enter the church.

Look for a blocked door with a wooden ladder nearby. Climb the ladder, drop down, take the stairs to the lower level and use Odin’s Sight. On the left side, you’ll find a chest that holds the Skadi’s Wrath Light Bow.

Keep track of the icons. One Carbon Ingot can be looted from an Arbalist on the fort’s southern wall. Another, from a Pikeman in the southeast courtyard.

The third and final Carbon Ingot is found inside a chest guarded by two soldiers.

Towards the southeast, look for an entrance with a large, red banner on each side. Use the wooden ladder to climb up to it and go inside. Just below, you’ll find the Book of Knowledge that teaches you the Piercing Shot skill.

There’s one more item left, which you’ll find in a tower to the north. On the map, look for a patch of land resembling an island. Use the walls to reach the wooden ladder that leads up the higher level of the tower.

Shoot the pulleys above you and on the left with arrows, then drop below. In a chest, you’ll find the Hunstman Cloak.

These are all the Assassin’s Creed Valhalla Ledecestrescire Wealth locations. For more help with the game, drop by our guides on Nickel Ingot locations and Gryttirsand Wealth.